Did it succeed? I don’t think so.

Mainstream media ignored the story. Most Jews didn’t even know about it. Writing on proclamation certificates won’t erase swastikas sprayed on stone walls or handouts from the goyim defense league.

Was her social media post the ultimate deciding factor of Adidas to end its working relationship with Kanye West? Perhaps, given the fact that many public figures reacted positively and Adidas has officially announced that it will no longer be working with him. Adidas announced in a statement his words were “unacceptable, hateful, dangerous.”

This is an amazing start to addressing antisemitism but will the same fashion businesses that terminated contracts with West sever ties with the Hadid's who routinely compare Zionists to Hitler and calls for war on innocent Jewish children?  Many of these businesses have Jewish investors and owners.

Recently, Bravo announced that it was revamping the Real Housewives of New York by casting two Jewish new housewives. Given the franchise’s history of not defending Siggy Flicker when she was hurt by the Hitler reference? Was it ok to mock Shabbat dinner and embarrass Jews as a bunch of Friday night drunks last season in Manhattan? It wasn’t entertaining in 2016 mocking kosher laws when Jules Wainstein claimed she may not eat shellfish or pork or dairy with meat, but she seems “kosher light ” as part of a trend. Somehow, I doubt Andy Cohen will use the show’s influence to stop Jewish negative stereotypes. Only time will tell. If he does, he gets my Mazel of a lifetime!

Why Do We Have An End Jewish Hatred Day?

Common sense should make all people respect one another.

Antisemitism is rising at alarming rates. It’s amazing how fast the hatred is spreading. It’s even more frightening to think that survivors of the Holocaust are reliving the discrimination of the early days of Hitler’s rise and his agenda to carry out “The Final Solution.”

Some of the questions I am asked that nobody seems to answer:

Obviously, nobody has the answers but here are some suggestions.

Is Judaism A Religion Or A Trend?

Judaism is a religion. We aren’t a fad or an inconvenience. We are Chosen! There are laws. Our laws relate that people are created in the image of God and deserve to be treated with dignity and respect. Jewish people believe in the Torah, which was the whole of the laws given to the Israelites at Sinai. They believe they must follow God's laws which govern daily life. Through history, adapting these laws to daily lives became key to much success in survival as other religions and rulers faded away.

Jews walked into the gas chambers chanting the Shema. Jews left Spain in 1492 rather than face the choice of either death or conversion.

Jewish leadership from all arenas need to put aside person and professional differences and work towards common ground to defining antisemitism, Zionism, and Judaism.

People who aren’t Jewish and aren’t anti-Semitic need to speak up and take action. If they learn one thing about the Jewish people, it should be our commitment to helping everyone else, every cause and every emergency situation. Our Tikkun Olam or “repair of the world” in modern America is the idea that Jews are called upon to make the world more just, peaceful, tolerant, and equal, through acts of charity, kindness, and political action.

We need your assistance now.

It should not have taken two weeks for Adidas to cut off its relationship with Kanye West. We don’t need Bella Hadid to stand with her Jewish friends since her family encourages to have Jewish Soldiers ‘Erased from the Planet’ and that Israel should be erased entirely.

We don’t need artists like Roger Waters to boycott performances in Israel and still perform to sell out audiences. We should check every public celebrity's social media and call out those who are fawning over Louis Farrakhan and Jeremy Corbyn.

We need more than one hundred people at a local gathering. We need some serious answers and we need them now. End Jewish Hatred Day didn’t answer them.

Most important is for everyone to get involved in politics. Legislation punishes hate crimes. Donors, volunteers and votes influence the important decisions that govern us. It takes no more effort than calling the office of a local politician and setting up an appointment.

Yes, End Jew Hatred! We don’t need a rally to do it! It should be part of our routines like brushing our teeth or eating dinner. 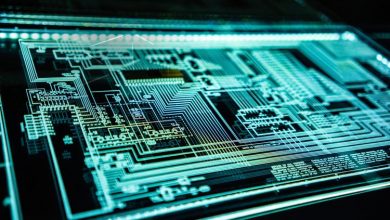 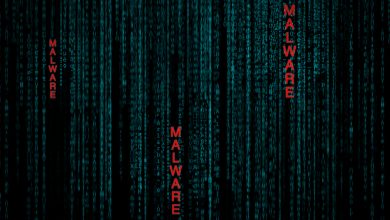