President Biden has set aside $128.5 billion for K-12 public schools in his recently passed $1.9 trillion COVID-19 relief bill by the Senate; however, the bulk of the funds likely won't be spent until after 2022 and will take to 2028 to complete the funding. Estimates from the nonpartisan Congressional Budget Office(CBO) indicate that only 30% of the school funding would be spent in the current and next fiscal year leaving $90 billion to be used through 2028. The recently released cost estimates expect only $6 billion distributed through the schools in 2021.

But the majority leader of the Senate, Chuck Schumer, is quoted saying to fellow members of the Senate before the vote, "We will end this terrible plague, and we will travel again and send our kids to school again and be together again," Senate Majority Leader Chuck Schumer, D-N.Y., said before the vote. "Our job right now is to help our country get from this stormy present to that hopeful future."

Is this the Last Stimulus to be Offered by Democrats in 2021?

The National Education Association wants at least $175 billion in additional federal dollars to stabilize education funding based on projected revenue losses in the fiscal years 2020 and 2021. The teachers union constructed a table showing projected funding losses for each state. I can't speak to what's going on in 49 states, but the NEA projected a three-year $83.4 billion loss for California. It looks to be a little off the projections because the California state government took in record revenue in 2020 and currently has $34 billion more than it needs to balance the budget.

According to the unions, the federal government needs to make up the shortfall in school funding when the revenue generated by the states, cities, and counties in 2020 is almost equal to what was brought in 2019, and in some states, they brought in more than 2019. Some experts believe that America will reach herd immunity sometime this summer. If that's the case, then all the special precautions for masks and social distancing, and whole new ventilation systems won't be necessary for the start of the 2021– 2022 school year. The hundreds of billions of dollars in the various COVID-19 relief will not need to be spent.

According to the CDC, the average cost for the two-shot Coronavirus vaccine is about $40. Based on that number, we could give the vaccine to every employee in the public school In the United States for $268 million and everybody would be protected.

President Biden says that teachers should be prioritized in receiving the COVID-19 vaccine; I agree that they should because it is the right business decision, if they look at the money American taxpayers will save, and all school children can go back to school. If we raise the priority so teachers can get the vaccine, then go back to the classroom, and so can the children. The children's safety is paramount, so, getting the school employee's shots should vastly increase our students' mental health. Children going back to school changes a great many things and most of the positive for our country.

We don't need to spend $6 trillion to stop the spread of the virus; instead, we can spend trillions less and bring hope to America. 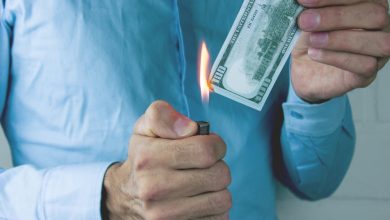 Dr. Michael Busler: Does Capitalism eventually lead to Fascism? Not in America! 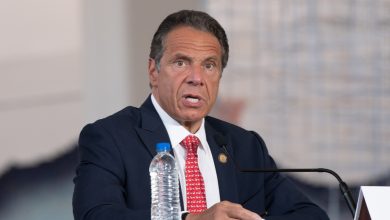