Countless addicts hit rock bottom repeatedly, sinking lower and lower each time before they finally hit the actual lowest point. The hope is always that the lowest point doesn’t entail death. When will America hit rock bottom? And will we hit it before it’s too late?

The Mainstream media has been proven nothing more than a propagandist arm of the Marxist Democratic Party. They lied about Russia collusion, Trump ‘quid pro quo’ and the January 6th non-insurrection; as did the Democratic Party, which impeached Trump on two of the aforementioned lies.

A majority of Democratic Party voters still maintain that Trump colluded with Russia, that Trump engaged in quid pro quo with the Ukrainian President, and that Trump incited an insurrection — despite the indisputable evidence that proves the contrary: innocence.

Meanwhile President Biden is guilty of collusion with big Tech to silence the Democratic party’s political opposition, is guilty of actual quid pro quo with the cowardly former President of Afghanistan, and is guilty of aiding and abetting the Taliban — gifting them both American weapons and American hostages.

In fact, it could be argued that ‘Taliban Joe’ incited an insurrection in Afghanistan by overseeing the most incompetent withdrawal in American history, while permitting the Taliban to take over. After all, Joe didn’t lift a finger to assist the Afghan forces — despite promising air support in his quid pro quo conversation with former President Ghani. Joe asked Ghani to lie about the “perception” that the Taliban were taking over Afghanistan in exchange for providing “close air support…all the way through the end of August, and who knows what after that.” Biden lied — to Ghani and to the American people.

Nor did Joe’s ‘woke’ military commanders take action to prevent a suicide bomber from killing 13 American service members — despite having advance knowledge of the bomber’s identity; even refusing to take the bomber out when he was in the crosshairs of an American drone’s sights. Still, Biden claims his withdrawal from Afghanistan and the evacuation of American civilians was an “extraordinary success;” despite the fact that American civilians remain stranded in Afghanistan — the un-evacuated.

Despite Joe’s myriad impeachable offenses — none more obvious or relevant than his most recent quid pro quo conversation with Ghani— few Republicans and zero Democrats are calling for Joe’s impeachment, or resignation.

But even before his glaring failure in Afghanistan, Joe applauded the unconstitutional extension of the eviction moratorium by the CDC.

Sandwiched between Joe’s vocal support of unconstitutionality and his dereliction of duty in Afghanistan, Joe encouraged private businesses to violate the 14th amendment — the equal protection clause — insisting that businesses openly discriminate against the un-vaccinated; making the American citizens’ unalienable Rights dependent upon their vaccination status.

To add insult to injury, the House Select Committee has requested that telecommunication companies hand over the records of anyone the Democratic Party deems involved in the ‘January 6th insurrection’ — including GOP Congressmen and Trump himself. They want records going back to April 2020 — 9 months before the phony ‘insurrection’ even took place.

While the Taliban goes house to house executing individuals — likely with tax payer funded American weapons — Joe has already moved on to criticizing Texas’ 5-4 Supreme Court victory to discourage aborting innocent American babies after 6 weeks of pregnancy, calling the effort to protect the innocent an “unprecedented assault on a woman's constitutional rights.”

In America today — though it’s not written in the Constitution — a woman has the unalienable Right to kill the unborn, while the already born has no Right to make personal medical decision regarding choosing to take or to not take a vaccine for COVID.

When will America hit rock bottom? Joe greenlit a pipeline in Russia while he cancelled a pipeline in the United States. Joe consistently aids and abets foreign nations, while he hinders and thwarts our own.

Like the addict, who refuses to admit the disastrous consequences of his or her addiction, the Democratic Party voter continues to stand by his or her ‘President,’ despite the obvious ramifications. Will the Democrat voter ever hit rock bottom? 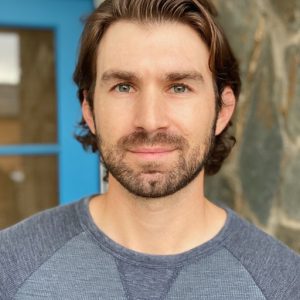 How to Remove Astralocker Ransomware

How to Remove Spc Ransomware