In 2004, I attended an event hosted by a Jewish Community Council that honored Congressman John Lewis. He was recognized for his work since the Civil Rights Movement as a staunch advocate for Jewish-Black Relations and support for Israel. I remember how revered he was by young and old, how he spoke about Jews and Blacks standing together and how proud he was to an award named in honor of former Congressman Herbert Tenzer, the first Orthodox Jewish Congressman in the United States.

In his autobiography, Walking With The Wind, published in 2004, he wrote how he sought out the Jewish vote campaigning in early elections. He felt a personal affinity with the Jewish community in Georgia because he felt the word Jew had the same negative feelings in those minds who used the word “nigger.” He compared the Jewish slavery days he studied in bible classes to his own family’s history. He recalled the strong alliances between the Black-Jewish community in Birmingham, Nashville, Montgomery and in almost every large southern city he went through during the Civil Rights Movement of the 1960s, and “never forgot that.”

Something Changed — The Obama – Biden Administration

President Barack Obama and Vice President Joe Biden’s tenure leading the United States was one of the worst times for building ties with Israel and American Jews.

Our “friend,” John Lewis forgot what he wrote only a few years earlier. He supported the Iran Nuclear Deal. He did not attend the 2015 speech on the floor of Congress when Prime Minister Benjamin Netanyahu spoke. He never spoke out against the growing anti-Israel hate on college campuses and in public schools.

Now, Congressman Lewis agreed to cosponsor the pro-BDS H. Res. 496 introduced by Representative Omar. The resolution “Affirm[s] that all Americans have the right to participate in boycotts in pursuit of civil and human rights at home and abroad, as protected by the First Amendment to the Constitution.” We respectfully ask that Congressman Lewis withdraw his sponsorship of H. Res. 496.

Congressman Lewis and his legacy mean a great deal to our nation. John Lewis is a national symbol of the tireless fight against bigotry and racism; a living reminder that those who fight for this basic justice can prevail, and that moral clarity should not be clouded by those who would use or abuse the rights given to us by the founding fathers to perpetuate prejudice.

The BDS movement is the demonization, delegitimization, and application of a double standard against Israel and the Jewish people. Many of the founding goals of the BDS movement, include denying the Jewish people the universal right of self-determination, and many of the strategies employed in BDS campaigns, are anti-Semitic. BDS campaigns often stir up tensions in communities, particularly on college campuses, that result in harassment or intimidation of Jews and supporters of Israel, including overt anti-Semitic expression and acts. And, all too often, BDS advocates employ anti-Semitic rhetoric and narratives to isolate and demonize Israel.

The First Amendment of the Constitution has been vigorously defended by the courts and our judicial system which can be expected to continue to protect those rights. The Supreme Court, in a controversial decision, even protected the rights of the KKK to burn crosses. However the courts decide, there is an enormous difference between generally affirming First Amendment rights, on the one hand, and expressing that affirmation in a way that is widely understood as endorsing malevolent goals of those who misuse those rights, on the other – and H. Res. 496 does exactly that.

H. Res. 496 endorses the efforts of those who use the protection of the First Amendment to spread bigotry and hatred. This is the exact opposite of what the Honorable Congressman has fought for in his lifetime of activism. Yet by his support to date of H. Res. 496, he risks lending his name to such an attempt.

While it is true during the Civil Rights Movement that boycotts were critical in the fight against racism, it is not a valid reason for Congressman Lewis to lend his name to a Resolution approving boycotts that promote racism. The Congressman is a national symbol of decency and equal treatment for all. Those of good conscience should separate themselves from individuals who would use their good name to facilitate anti-Semitism under the pretense of promoting “civil and human rights.” (Thank you NORPAC for sharing)

For those of you who don’t know about John Lewis, here is a summary:

Often called “one of the most courageous persons the Civil Rights Movement ever produced,” John Lewis has dedicated his life to protecting human rights, securing civil liberties, and building what he calls “The Beloved Community” in America. His dedication to the highest ethical standards and moral principles has won him the admiration of many of his colleagues on both sides of the aisle in the United States Congress.

He has been called “the conscience of the U.S. Congress,” and Roll Call magazine has said, “John Lewis…is a genuine American hero and moral leader who commands widespread respect in the chamber.”

He was born the son of sharecroppers on February 21, 1940, outside of Troy, Alabama. He grew up on his family’s farm and attended segregated public schools in Pike County, Alabama. As a young boy, he was inspired by the activism surrounding the Montgomery Bus Boycott and the words of the Rev. Martin Luther King Jr., which he heard on radio broadcasts. In those pivotal moments, he made a decision to become a part of the Civil Rights Movement. Ever since then, he has remained at the vanguard of progressive social movements and the human rights struggle in the United States.

As a student at Fisk University, John Lewis organized sit-in demonstrations at segregated lunch counters in Nashville, Tennessee. In 1961, he volunteered to participate in the Freedom Rides, which challenged segregation at interstate bus terminals across the South. Lewis risked his life on those Rides many times by simply sitting in seats reserved for white patrons. He was also beaten severely by angry mobs and arrested by police for challenging the injustice of Jim Crow segregation in the South.

During the height of the Movement, from 1963 to 1966, Lewis was named Chairman of the Student Nonviolent Coordinating Committee (SNCC), which he helped form. SNCC was largely responsible for organizing student activism in the Movement, including sit-ins and other activities.

While still a young man, John Lewis became a nationally recognized leader. By 1963, he was dubbed one of the Big Six leaders of the Civil Rights Movement. At the age of 23, he was an architect of and a keynote speaker at the historic March on Washington in August 1963.

In 1964, John Lewis coordinated SNCC efforts to organize voter registration drives and community action programs during the Mississippi Freedom Summer. The following year, Lewis helped spearhead one of the most seminal moments of the Civil Rights Movement. Hosea Williams, another notable Civil Rights leader, and John Lewis led over 600 peaceful, orderly protestors across the Edmund Pettus Bridge in Selma, Alabama on March 7, 1965. They intended to march from Selma to Montgomery to demonstrate the need for voting rights in the state. The marchers were attacked by Alabama state troopers in a brutal confrontation that became known as “Bloody Sunday.” News broadcasts and photographs revealing the senseless cruelty of the segregated South helped hasten the passage of the Voting Rights Act of 1965.

Despite more than 40 arrests, physical attacks and serious injuries, John Lewis remained a devoted advocate of the philosophy of nonviolence. After leaving SNCC in 1966, he continued his commitment to the Civil Rights Movement as Associate Director of the Field Foundation and his participation in the Southern Regional Council’s voter registration programs. Lewis went on to become the Director of the Voter Education Project (VEP). Under his leadership, the VEP transformed the nation’s political climate by adding nearly four million minorities to the voter rolls.

My, how the mighty have fallen. When Lewis seeks out the Jews, as he did in the past, let’s turn our backs on him, like he has done to us. Let’s remind him that Jews didn’t turn their backs on him the way he has to their security, financial success and indirect way to rewrite history.

Cindy Grosz is an Advisor for the National Diversity Coalition for Trump. She is also the Long Island Chair for Jews Choose Trump. She is also a committeewoman for The Exodus Movement’s Nassau County chapter. She has been acknowledged as the Jewish Patriot Award recipient from the Queens County GOP and has received multiple Aishes Chayil awards from Jewish Organizations. She is organizer of the Jewish Republican Voter Registration Drive. You can reach her at cindyscorners@gmail.com or on social media at @cindyscorners.

Dan Perkins: The Truth About Democrats Is That They HATE the Truth

Julio Rivera: Moscow Miracle Proves Faith is All We Need 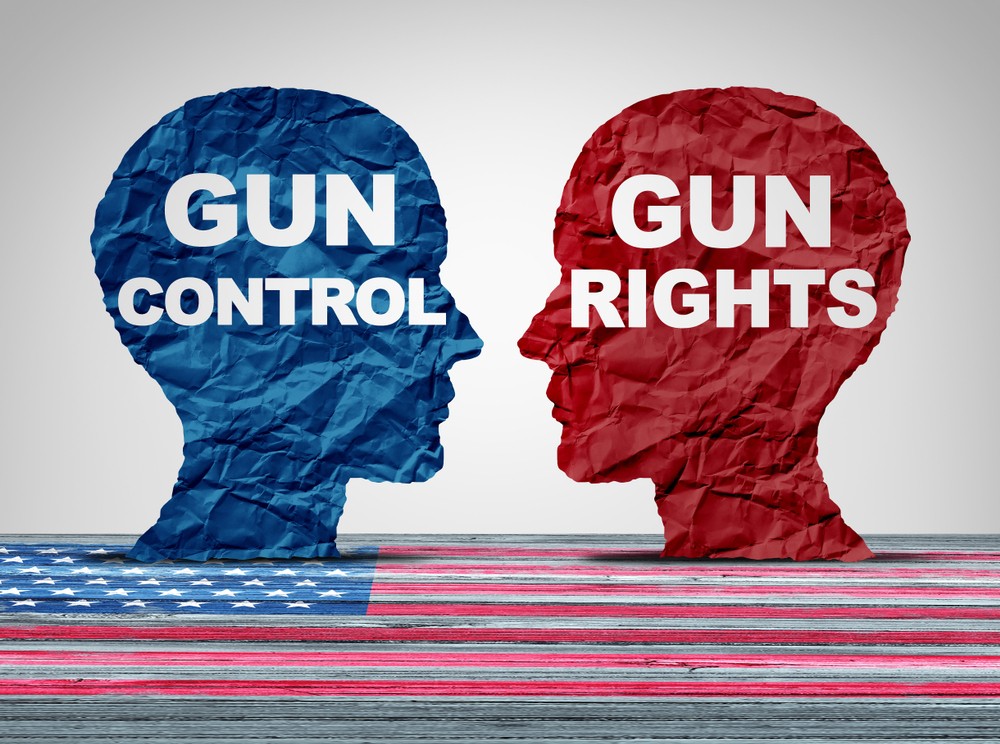 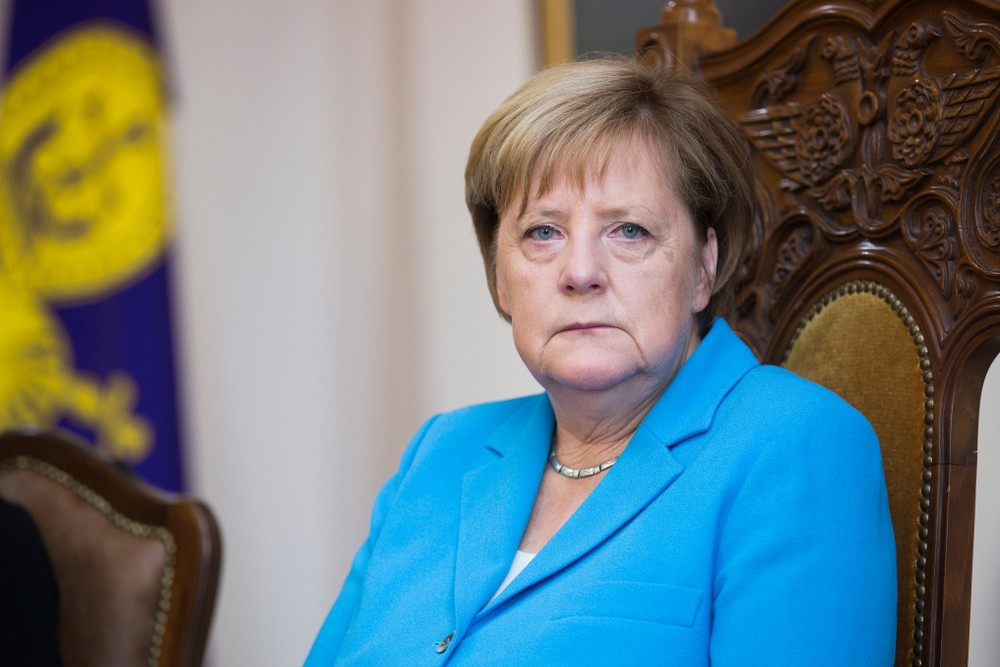