The first part of that is true. The second part is tongue-in-cheek, as very few of us will be diving on the Great Barrier Reef anytime soon. Besides, it is beneath the surface and considerably larger than Texas so you would need a long time in the water every day to verify its alleged demise. As it turns out, virtually all the doomsday narratives promoted by today's alarmists fit this pattern. Their stories are either about something invisible, like CO2 and radiation, or so remote, like coral reefs and polar bears, that the average person cannot observe or verify them for themselves.  We must rely on the activists, the media, the politicians, and the scientists directly involved - those who have a huge financial or/or political stake in their claims of catastrophe being believed - to tell us the truth.

Contrast this with the example of your friend looking up in the sky and saying, “Look, there is a flock of geese heading south for the winter.” You look up and see the geese, that they are heading south, and you know winter is coming. You have directly observed and verified your friend’s observation.

Direct observation through our senses or with instruments is the beginning of scientific discovery. Then, verification is seeing the same thing occur many times under the same circumstances. And, finally, replication is challenging other credentialed scientists to repeat your observation independently. If these criteria are met, you are verging on a discovery, or a theory in science. Today's “narratives” claiming present or impending catastrophe or doom are apparently exempt from this procedure.

This is the focus of my new book “Fake Invisible Catastrophes and Threats of Doom.” We are being served up huge helpings of despair, aimed at our and our children's concern for the future, based on fabrications and falsehoods. In 11 chapters, each on a different claim of an alleged present catastrophe or threat of future doom, I demonstrate that these claims are fake news and fake science.

Let's focus on coral reefs, one of the most beautiful and biodiverse ecosystems on the planet. It is claimed that rising invisible CO2 levels caused by our fossil-fuel emissions will make the oceans too hot for corals and many other marine species. But if you know the history of the Earth's climate, and the present-day location of coral reefs, you will soon realize this is not a credible prediction.

To listen to the alarmist camp, the global climate began in 1850 at the beginning of the Industrial Age. They seem unaware of the historical fact that we are in an interglacial period of an ice age called the Pleistocene that set in 2.6 million years ago. The last time the world was this cold was 250 million years ago, at the end of the last ice age, the Karoo, which itself lasted 100 million years. The ancestors of corals evolved 535 million years ago and have seen a climate change or two. Today’s corals emerged 225 million years ago when the climate was much warmer and there was no ice on either pole.

In the cool climate that now prevails, coral reefs are restricted to tropical and some sub-tropical seas because more northern and southern seas are too cold. During the warmer climates of the past, corals had a much wider distribution. But today the majority of coral species, and many other marine species, are in the very warmest oceans.

Known as the Coral Triangle, the seas around Indonesia and the Philippines have more than 600 species of coral and more than 2,000 species of reef fish. This is far more than any other location, including the Great Barrier Reef. The Coral Triangle is actually a sanctuary, greatly diminished in the area from when the seas were considerably warmer. Even the World Wide Fund for Nature, a climate activist organization, recognizes this fact.

I can't explain my new book in a few hundred words, but I guarantee you it tells the inconvenient truth (for climate alarmists) on a whole slew of subjects.

An instance or two: The Great Pacific Garbage Patch, twice the size of Texas, that supposedly is killing the oceans, in fact does not exist. Massive forest fires, allegedly caused by climate change, are really the result of bad forest management. Ocean acidification due to CO2 will not kill most marine life: CO2 is the basis of life in the oceans. Radiation from nuclear energy accidents has not killed hundreds of thousands of people (as millions and millions of people believe); it has actually killed fewer than 60 people. Hundreds of Russian walruses that supposedly leapt to their death because of climate change were actually attacked by a large pack of polar bears.

And, of course, the main attraction: invisible CO2 wreaking havoc on an unsuspecting planet and all species of life thereon when in fact CO2 is the building block of all life and is in short supply compared with previous millennia. 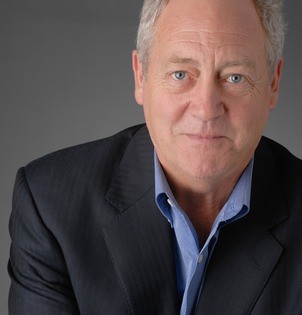 Patrick Moore, author of the recently released book “Fake Invisible Catastrophes and Threats of Doom,” was a director and leader of Greenpeace from its founding in 1971 until 1986. He is presently on the board of the CO2 Coalition.

How to Fix the DRIVER_POWER_STATE_FAILURE Error in Windows