Right now, the Delta variant of COVID is a huge narrative being pushed hard out there. We call this Virus Scam 2.0. And it is being used, openly, by the Biden administration and others to further divide Americans. They are following the techniques used by “community organizers” for decades as outlined by Saul Alinsky, who was revered by Hillary Clinton and Barack Obama. In 1972 he wrote Rules for Radicals.

According to Wikipedia, his Rules called for the use of “artificially stimulated conflict” (in other words, creating a conflict between people that didn’t exist) and for taking the view that anyone who opposes your chosen view should be ridiculed (attacked) and looking at your opposition as “the enemy.”

We called the first COVID-19 virus event the “Virus Scam of the Century” not because it wasn’t a real virus or causing real humans to die, but because of the massive scam that it was used to put down on the people of the world. This idea that masks would work to stop the virus from being transmitted, which was a lie, and the idea that 2 million Americans would die in the first year, which was at least horribly wrong if not a lie, and the idea that it’s “OK” to destroy a million businesses or more without any proof that it was absolutely necessary, was a massive scam.

The idea that you can take your children and subject them to this fear that they are part of the problem, close their schools, and ruin their athletic careers and graduations, without any proof of it being necessary, was a scam. In fact, we had the evidence that kids under 18 were likely not to be at much risk from COVID at all! But by then, the fear-mongering power elites and teachers’ unions and government freak jobs had sniffed the opportunity to control the population and dictate your ability to exercise your human right to freedom of movement, require you to wear a mask, and require businesses to close, thereby transferring wealth to the Techno-Elites such as Amazon. The wealth this destroyed at one end of the economy was essentially transferred to another end of the economy. Certain companies received what appears to be very preferential treatment, often without any logical basis for such.

Now we are seeing, as Anthony “the Fraud” Fauci himself admitted, another division – between the vaccinated and the unvaccinated. Just what we need, right? Another division between our people. It’s a conjured-up creation of another class division. But it is just this kind of division that creates the framework (as outlined by Alinsky) to “create change.” Remember Obama’s entire campaign and administration was self-labeled simply “Change.” Obama’s website is simply “Change.org.” From that website: “Barack Obama was the 44th President of the United States, and the first African American to hold the office. He was formerly a United States Senator from Illinois, a constitutional law professor, and a community organizer.”

I misjudged the population the first time. I was shocked at how many people just went along without questioning the motives or the facts or the science. They were sheep. At the outset of this thing, I consulted the smartest doctor, a surgeon, that I know, and he told me on day one in March 2020, “Masks, like they’re talking about, don’t work. They can’t stop the size molecule in this virus, so even an N-95 mask will do little to help, and certainly, those store-bought ones are not going to help at all.”

Later we come to find out that the masks captured bacteria and other things that your body is meant and designed to expel. Masks were horrible for you and your children to be using, but yet, the sheeple went along without question. Your own neighbor would yell at you for not wearing a mask. Businesses discriminate against you for not wearing a mask, and in one case, they called the police on someone for not wearing one. My own neighborhood Rite-Aid called the police on me one night when I was the only person in the store, and the cashier was wearing a mask and behind bulletproof glass – but I was not wearing one. No lie. They called the cops. It really happened. A place I have shopped for years in my own neighborhood, run by what seemed like reasonable people. Were we in Hitler’s Germany? Turn in your neighbor. Turn upon your neighbor. That’s when I knew this had become crazy.

Now we get to Virus Scam 2.0, the Delta variant, and why I do not think this one has legs. I talk to everyone. I get around a bit. Housewives, bartenders, mechanics, tattoo artists, young adults, waitresses, the country club set, military veterans, artists, contractors, home builders, members of a lot of different religions, retirees, oil workers, boat captains, fishermen, and people of all colors and races. They are ecstatic about things getting back to normal. They love being set free again. The restaurants are packed. Just about everything is on backorder because of insane demand. Cars, motorcycles, appliances. The state of California is the 6th or 7th largest economy on planet earth and it’s opening back up now. I can tell you this about the California economy: It is lit up like nothing I’ve seen since Trump had things rocking and rolling before the Virus Scam set in and took it sideways, shutting it down.

It is because of this feeling that I sense from people of all walks that I think this Virus Scam 2.0 will have a hard time taking hold. I think the pushback could be severe. But I was totally wrong before, and I might be wrong again. People might just roll over, cave into the artificially stimulated fear and lack of science, and just allow the power-hungry government and techno elites to continue to use the virus – by whatever new name they give it – as a means to control you and extend their agenda. 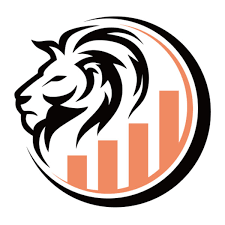 Dutch Masters is the founder of Carnivore Trading, LLC. For more information and a free two-week trial, go to www.CarnivoreTrading.com.

What is the Biopass RAT?