The United States is at war on several fronts, and has been since 2001. None of these fights has been a “total war” in the way World War II was. However, thousands of our best people have given their lives to defend our freedom. They are using every tool at their disposal: guns, tanks, planes, ships and more, to accomplish the mission.

The F-35 Joint Strike Fighter was, and is, MIA.

The JSF is the most expensive weapon system ever developed. Pentagon strategists in the 1990s envisioned the JSF as a tool that could “do it all.” Each branch of the military would have a version that could accomplish its mission. But the branches would be able to save by sharing spare parts, training simulators, etc.

It’s a jet that is supposed to be able to land on carriers at sea, deliver close air support, drop bombs on strategic targets. Total acquisition costs will top $400 billion, Bloomberg reports, and it will cost another $1.1 trillion in “long-term operations and support estimate to keep the aircraft flying until 2070.” But for all that investment, military experts aren’t seeing any return.

The JSF was supposed to be in service by 2008, and the cost was supposed to drop as the planes were turned out in bulk. Instead, military analyst Dan Grazier writes, “The F-35 has now entered an unprecedented seventeenth year of continuing redesign, test deficiencies, fixes, schedule slippages, and cost overruns. And it’s still not at the finish line.”

The jet has been used for relatively simple missions. “The U.S. Air Force has finally flown its variant of the F-35 in combat, using two of the aircraft to take out an ISIS tunnel network and weapons cache in Iraq on April 30,” Defense News reported this year. Last year, the Marine Corps version of the F-35 dropped bombs on a Taliban weapons cache in Afghanistan. “Of course the Pentagon and Lockheed Martin can build an airplane that can take off and drop a bomb. So could the Wright Brothers,” quips Michael Peck in The National Interest.

The question is whether the F-35 can actually accomplish its real missions: supporting troops and delivering ordinance on target under combat conditions. These conditions haven’t been met, and the military seems to be afraid to really test its expensive jet. And that’s a problem because the F-35 is exactly the sort of weapon we’re supposed to be using.

Some of these problems were obvious from the beginning. For example, instead of building a prototype and seeing whether it worked, the military tried to save money and fix bugs even while building more planes. That meant a lot of investment in retrofitting F-35s when problems occurred.

Rep. Adam Smith of the House Armed Services Committee noted in 2018 that “if we could go back to 1997, we would not build the F-35 the way we are currently building it.” He also encouraged Pentagon officials to ask “what would we do differently in the way we constructed that program, so that it didn’t become the money pit that it has become?”

All that matters for the future, of course. The weapon platforms our country will build in the decades ahead need to work far better than the F-35 has worked or is working.

“The U.S. and its allies will have to determine how to get along until the aircraft’s defects have been addressed,” writes Reuben Johnson. “In the meantime, the Pentagon will be forced to keep procuring new-build models of some of its Cold War-generation military aircraft, models that the F-35 was supposed to replace by now.”

Planes such as the F-15, F-18 and others will remain central to our military’s mission. When we prevail throughout the Middle East it will be because of the efforts of our people using our existing weapon systems. The F-35 will earn nothing but an expensive footnote, explaining its total failure to contribute when it was needed most. 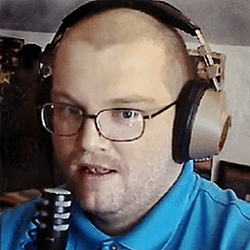 AJ Rice: MLB Needs to Bring Back The Beer

A Review of Dr. Bruce Hartman's "Your Faith Has Made You Well"