There are two ways multinational corporations move toward “the right thing.” Government can create overbearing regulatory burdens and elevate bureaucratic fiat above shareholder equity, or executives can listen to serious public concerns and change policies accordingly.

For proponents of free markets and consumer capitalism, the second is the only option. Yet some industries are slow to steer their own ship on a new course making the former the only viable option.

Such is the case for the world’s largest beverage manufacturers - Coca-Cola, PepsiCo, and Nestlé. Their bottles are wreaking havoc on the environment, yet their attempts to correct the problem are scattershot, and worse, they put the responsibility on their customers instead of on their own manufacturing processes.

One of the big lies proffered by the left is that conservatives and capitalists do not care about the environment. This false narrative is difficult to overcome when the radical left uses the environment to demonize American businesses while raking in billions to fight against them.

Although some radical policies proffered by the well-heeled, elitist environmental grievance movement divide the ideological left and right, the protection of plants, animals, and oceans does not. A recent poll by a left-leaning organization showed Democrats and Republicans agree by large margins that maintaining clean water is critically important. More telling is that 74 percent of these bipartisan respondents called for more regulation on clean water.

The “Great Pacific Garbage Patch” the size of Texas floats between Hawaii and California. It is the largest of five enormous “islands” of plastic refuse in our seas. Rivers and lakes are also full of plastic caps and bottles. Last December, debris from Coke, Pepsi, and Nestlé were found to be the largest contributors to destructive plastic waste in the world’s oceans for the third year in a row. There was more Coke waste than Pepsi and Nestlé combined.

As conservationists all, the question for us is “who can fix it?”

Big beverage takes almost no responsibility for where their bottles end up. They place nearly the entire burden on customers, yet even if there were 100 percent compliance in the U.S., North America contributes only 0.95 percent of global plastic trash. American consumers can only solve one percent of the problem.

Industry analysts believe these companies are considering more deposit fees for soda and water bottles as a way to make consumers bear the burden of waste disposal. Particularly foolish are nonrefundable fees that encourage no one to return or recycle anything. The solution is for the industry to actually reuse more of the products they create.

There is a call to adopt Minimum Recycling Content (MRC) standards as a way to remove and reuse plastic waste that clogs landfills or waterways at taxpayer cost. MRC standards allow beverage companies to play a critical role in protecting the environment by creating the demand for the recycled products that they’ve created.

The industry says it is trying to include more recycled plastics, but there is little evidence. In 2009, Coca-Cola claimed bottles would be 25 percent recycled material by 2015 in the U.S. but that year came and went without the bottler coming close. This year, it pledged 50 percent by 2030. Pepsi recently announced 50 percent of EU bottles would be recycled by 2030 with no mention of the U.S. Nestlé is all over the place with promises and little progress.

Consumers are looking for corporate partners to keep the environment safe from plastic pollution, rather than being tossed into the time-out chair of environment abuse for not paying enough in deposit fees. These same taxpayers (who may not even use their products) are tired of also being the financial fall guys. Most recycling occurs in municipal waste facilities funded by taxes and not soft drink companies. The time for freeloading has passed. Industry must also play a key role.

Beverage companies must live up to their public posturing about clean water and launch a responsibility offensive on plastic that only they can spearhead. Our economy allows them to use their capital, brands, and emerging technology to find solutions to the plastic trash problem their products create.

At the end of the day, a corporation cannot easily change human behavior. But it can change its own. It would be far more advantageous for beverage companies to adopt MRC standards themselves before the public demands they do. They have a free market to move about in. Therein lies the solution to the plastic problem. 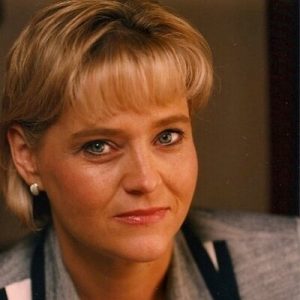 Kerri Toloczko is a Senior Policy Fellow with the Institute for Liberty.

Why Should I Update My Drivers