As the United States tries to survive the coronavirus, the federal government is spending unprecedented amounts to keep the economy on life support. Congress has provided trillions in stimulus (tax-payer dollars). The Federal Reserve seems to be printing an unlimited supply of money. And there is seemingly no limit to how large the federal debt can be.

Except there is, of course, a limit. Perhaps that limit hasn’t been reached yet. But eventually, the serial stimulus bills will add up to a price we can’t afford to pay. Before that happens, the federal government needs to take action. Lawmakers and the Biden administration can make room for some of their coronavirus spending by cutting out waste elsewhere in the budget.

They need not look any farther than the Joint Strike Fighter, a plane that has been a problem for the Pentagon for years.

“The F-35 program faces a $10 billion shortfall in the Pentagon’s planned budget for 2021 through 2025,” Bloomberg reports. “The Trump administration’s final budget blueprint calls for requesting $78 billion for research and development, jet procurement, operations and maintenance, and military construction. But the Pentagon’s independent cost analysis unit estimates $88 billion will be needed, according to a June 2020 analysis.”

The difference in those amounts doesn’t matter, of course. As they say in Washington, $78 billion here, $88 billion there, eventually you are talking real money. It is long past – many years past – time for lawmakers to stop this waste. If they won’t, President Joe Biden should.

The Joint Strike Fighter program may have sounded like a good idea when it was floated in the 1990s. The military would use one weapon platform to replace several other planes. The JSF would work for the Marines, the Navy, and the Air Force. However, as anyone who has purchased “one size fits all” clothing knows, one size often fits none. This plane never worked very well for any of the branches. Instead, it merely kept ringing up significant cost overruns.

One reason for the expense is that, because it took so long to design and build the plane, the Pentagon wanted to try to save money by using something called “concurrency.” That meant contractor Lockheed would keep building new planes while the initial ones were still being tested.

This “concurrency” didn’t work out because Lockheed had to keep going back and retrofitting existing planes as problems were discovered. The government’s accounting office once estimated that such retrofits cost an extra $1.7 billion. Good money for Lockheed... wasted money for the federal government (That's the American taxpayer).

“A 2015 Pentagon Selected Acquisition Report said that program costs had increased 43 percent from 2001, including unit cost (up 68 percent),” Popular Mechanics magazine wrote as part of an in-depth report on the plane. “The report added that the F-35A's cost per flying hour is $32,500 while the F-16C/D is $25,500.” Far from saving the Pentagon money, the F-35 has cost it untold billions. Meanwhile, programs like the F-16 remain in service in the Middle East and elsewhere, effectively projecting American military power decades after they first entered service. (Now that is a good return on the investment.)

Luckily (and this is something that I didn't think I would be saying at any point during the current administration), the Biden administration is considering reform. “Ellen Lord, the undersecretary of defense for acquisition and sustainment, has directed a review no later than May 31 on progress toward conducting the oft-delayed simulation that most recently had been scheduled to occur last month,” Bloomberg reports. “In a previously undisclosed Dec. 15 memo to Navy and Air Force officials, Lord also ordered an update to the Pentagon’s F-35 acquisition strategy.”

We will see what the review finds (who knows, maybe they will accidentally get this one right). However, the correct number of F-35s to acquire in the future is probably zero. The federal government must look for wasteful spending to trim as it continues the throw money at the administration's coronavirus response. Shooting down the F-35 would be a great place to start. 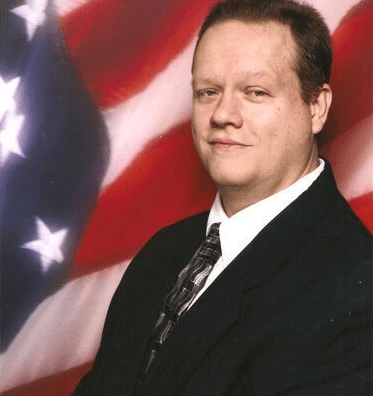