You’ve heard the saying “Don’t put all your eggs in one basket.” It means you shouldn’t rely on just one solution or idea to deal with a complex and rapidly changing world.

Investors know they can’t put all their money in one place. After all, if you bet it all on one stock and that stock goes bust, you’re left with nothing. It’s important to diversify and spread investments across many different companies and sectors, so if one fails the rest may continue to succeed.

The same thing is true when it comes to investing in our military. Having many different weapon systems is better than having just one.

Leaders at the Pentagon know this, and they are pressing for positive changes. “Air Force acquisition czar Will Roper’s novel acquisition strategy for the Next-Generation Air Dominance (NGAD) program has been approved by service leaders, just in time for the DoD 2022 budget,” BreakingDefense.com reports. NGAD would mean designing and building several different types of jets to serve in different situations.

The problem is that, right now, the military relies on the F-35 to serve three different branches. That program is overbudget and outdated. After 20 years, for example, our enemies have figured out how to beat the F-35’s stealth technology, taking away one of the jet’s key advantages. The F-35 clearly needs to be replaced.

Yet while military experts are eager for changes, lawmakers are dragging their heels. This summer, senators cut proposed funding for NGAD by $70 million. The House cut even deeper, chopping the program in half by cutting sone $500 million.

The military used to have an array of planes, until it bet all its chips on the F-35. Now, it’s all-in on fewer platforms when threats are proliferating and adapting. “Since I’ve been in the Air Force, there’s only been a handful: F-22, F-35, F-15E,” Air Force Chief of Staff Gen. Charles Brown said this year. “Those are three fighter aircraft in, really, about 30 years that we built, and we’ve only retired the F-4 and the F-117.” The military needs a variety of systems.

This could be a magic moment for the military. As a new administration comes in, it will want to make effective changes. It should listen to smart investors who want to see big changes to the military acquisition process. “Policymakers, businesses, and citizens must commit to fundamentally altering the ecosystem of national defense: This starts with a stronger, more integrated commitment to innovation and a more open defense industry,” write leaders of the investment giant Bridgewater in Fast Company. “For these reforms to have real bite, though, the U.S. military must not only embrace them but also work to cultivate a culture of constant evolution.”

By this logic, the F-35 is clearly the past, a relic from a broken acquisitions process that can’t provide the weapons our country will need in the decades ahead. NGAD, on the other hand, represents a positive change.

Historians consider the 1942 Battle of Midway to be the turning point of World War II in the Pacific. After the American forces sunk 4 Japanese carriers, Imperial Japan spent the rest of the war on the defensive.

Here’s the Wikipedia list of the lineup of aircraft the Americans used to prevail: “19 Douglas SBD Dauntless, seven F4F-3 Wildcats, 17 Vought SB2U Vindicators, and 21 Brewster F2A Buffalos. The USAAF contributed a squadron of 17 B-17 Flying Fortresses and four Martin B-26 Marauders equipped with torpedoes: in total 126 aircraft.”

That was a wide variety of planes, each plane playing specific roles to swarm and defeat the enemy. This variety in capability allowed the Americans to prevail in that fight. We still need that variety in our military.

The Biden administration should get off to a good start by implementing the NGAD program to help the Pentagon protect our country. 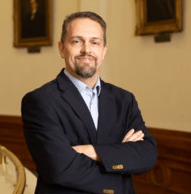 Bryan Preston is the author of  Hubble's Revelations: The Amazing Time Machine and Its Most Important Discoveries. He's a writer, producer, veteran, author, Texan, and conservative strategist.