You’ve heard the anti-gun crowd say things like, “I support the 2nd Amendment but…” or “I think we need ‘common sense’ gun-restrictions.” First of all, there are no “buts” in the 2nd Amendment and the term “common sense” is just used to imply that you are irrational if you don’t go along with the latest left-wing attack on gun-ownership.

The most sinister tactic used to sway public opinion and force gun owners into a corner is the implication that “need” be a prerequisite to gun ownership. They’ll say things like, “nobody ‘needs’ an AR 15,” or “why do you ‘need’ to be walking around in public with a gun?”

When did gun ownership become measured by “need?” The last time I looked, the list of Amendments to our Constitution was not called the Bill of Needs. Regardless of the misleading assumption that somehow an acceptable level of “need” should be presented prior to possessing a gun, we often find ourselves justifying our need anyway.

Why do we do this? Most often, we feel compelled to explain ourselves to someone who has never even held a gun in their hand. It’s human nature. When we are asked a question, we feel the need to answer it. They know this. That’s why they ask. The Anti-Gunners want to see you work to defend your position. When we do, we put them in the exact position they want to be in.

Leftists work hard to create the false narrative that gun-ownership should be granted based on a level of need, but if you tell them about God-given rights they disregard the notion that any such thing exists. Why? Partly because of the incessant push to replace God with government in their Utopian world of wokeness, but also because the narrative on the left encourages the “need” qualifier for things they do not approve of.

You’ll hear them call gun ownership a “privilege,” while demanding abortions be a woman’s “right” to choose. The Planned Parenthood website even refers to Roe v Wade as: “Roe v. Wade: The Constitutional Right to Access Safe, Legal Abortion.” The truth is, abortion is a government issued privilege granted by a court under the “right to privacy,” which is nothing more than a twisting of the language in the Constitution for ideological purposes.

Keeping and bearing arms, however, is a God given right acknowledged by our Founders in 1791 and declared in amendment number two of the Bill of Rights. Interestingly enough, abortion is nowhere to be found in the document. The Anti-2nd Amendment Radicals actually understand the difference between rights and privileges, but they twist the conversation and use the strategy to their advantage. The left understands that a government issued privilege can be given and taken away. A right cannot, and they hate that.

If gun ownership was measured by a metric of need it would be easier to control and regulate. If the 2nd Amendment said “shall not be infringed unless you don’t really ‘need’ it,” you can bet there would be some Democrat involved in determining the parameters of “need.”

In New York City for instance, this infringement is already being implemented. In New York City and other jurisdictions, you must ask permission of an elected employee prior to carrying a handgun. They call it “may-issue." This is where a sheriff or judge will determine whether or you should be allowed to protect yourself.

In many cases you must write a letter explaining why you “need” a gun. They will get back to you in a few months and let you know what they’ve decided.

Just like leftists try to control the first amendment with political correctness, they also try to control the second amendment with the illusion that gun ownership should be measured by need. If a Constitutionally recognized right cannot be overturned by law, it can be suppressed by the strong arm of media influence and societal compliance. The intent is to force gun-owners into compliance by making them conform to the new social norm that gun ownership must be validated by a level of need that meets the standards of those creating the rules.

So, when they ask why you “need” a gun, ask them when “need” became a metric by which a right is measured. 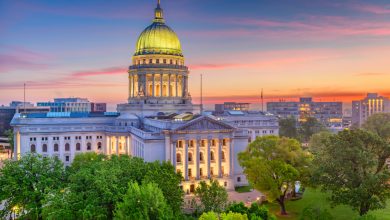