Ten days before a critical presidential election, we have irrefutable proof that one of the candidates—Joe Biden—is totally and irredeemably corrupt. The evidence shows that, during Joe Biden’s tenure as vice president, access to Biden’s office was sold by Biden’s son Hunter to China, Russia, Ukraine, and others willing to cough up huge sums of money. In return for his influence peddling, Hunter was given lucrative corporate positions and consultancies that have amounted to millions and perhaps even billions. American foreign policy was impacted by these transactions. Biden himself bragged that he stopped Ukraine from investigating Hunter in return for a billion dollars in US aid. A scandal of this magnitude should put an end to Biden’s bid for the presidency but, thanks to the complicity of the media, it probably won’t.

How much evidence do we have that Biden is a crook? First there is the New York Post article that broke the story. In Secret Empires, Peter Schweizer traces the Biden family’s complicity with the corrupt Ukrainian energy company, Burisma. Next, read the incriminating emails from Hunter Biden’s laptop. Watch the video where Biden brags about extorting favors from Ukraine. And finally, listen to the testimony of former Biden business partner Tony Bobulinksi. Checkmate.

Bobulinski’s testimony refuted Joe Biden’s denial that he was aware of Hunter’s business ventures. Joe Biden knew about his son's dealings, participated in them, profited from them, and lied to the American people about it. Hunter’s emails acknowledge that a cut of the profits went to the “Big Guy,” a reference to Joe Biden. There is a good reason why you haven’t read about this in the newspaper. The media—except for Fox News, Mark Levin, Bill O’Reilly and a few others—have ignored this compelling story because they are in the tank for the Democrats. Where has it been reported in the New York Times? In the Washington Post? On CNN? The media simply refuse to cover it. This is an outrage.

Social media billionaires are in on the cover-up. Facebook and Twitter have censored attempts to publicize the New York Post article and other references to Biden’s illegal activities. Media’s refusal to report on one of the biggest stories of the year can have serious repercussions. American voters have a right to know about Joe Biden's corrupt behavior before they cast their votes. "If it is shown that Biden used his office as vice president to enrich his family,” said Bill O’Reilly, “no American should vote for him. The New York Times and the Washington Post know Biden is corrupt. They know his mental acuity is questionable. But they hate Trump so much they don't care.”

Democrats have attempted to explain away the allegations of Biden’s wrongdoing as another example of Russian interference. This simple-minded response was refuted by Director of National Intelligence John Ratcliffe, who said clearly that the emails revealing Hunter Biden’s business affairs are not connected to any Russian disinformation effort. President Trump has called on the Justice Department to investigate the scandal. Senate Minority Leader Chuck

Schumer and Oregon Senator Ron Wyden sent a letter to FBI Director Christopher Wray urging him to ignore the president’s request. “Succumbing to such pressure would deeply undermine our national security interests and the credibility of law enforcement,” the letter falsely argued, “and could have devastating consequences for the resiliency of our democracy.” Actually the opposite is true. Failure to investigate Biden’s criminal behavior could have one really devastating consequence—a crook sitting in the Oval Office.

Media refusal to report on the Biden scandal exposes the unprincipled state of American journalism. Award-winning journalist Charles Sennott has lamented what he calls “the erosion of truth” in the media. “This crisis in journalism has become a crisis in our democracy,” Sennott said. “Trust in the media is in rapid decline. Every day it is eroding. We need to defend it, because it is the cornerstone of our democracy.” If our democracy depends on the media, we are in big trouble. 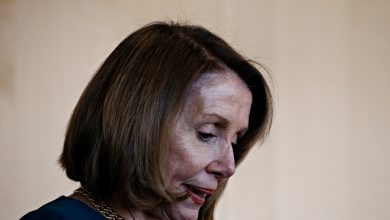 Dan Perkins: Can Nancy Pelosi be replaced as Speaker of the House before the mid-terms in 2022?