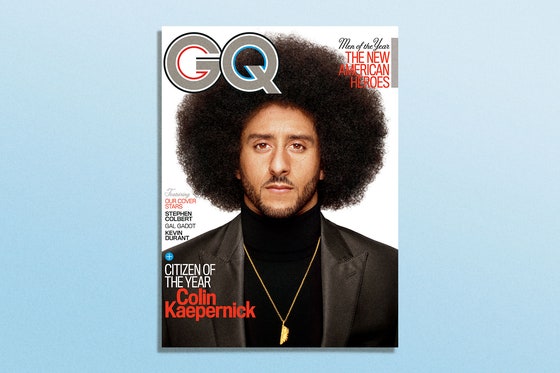 GQ Magazine, today announced it's citizen of the year. Was it a Politician? No. Was it a pop star? Nope. Was it Barack Obama? Oh get serious. Well who then I hear you ask? Well it's someone who has gained a lot of attention of late. He is a former athlete of sorts and he has everybody fooled. No silly it's not Caitlyn Jenner, but before I tell you who, and I hope you are sitting down, I will tell you why.

Over a year ago this individual was struggling to get signed to a football team and as a response to this started getting a little political. In the beginning, instead of standing for The National Anthem, he would kneel, which was quite rightly seen as disrespectful. As he was unemployable, he decided to team up with Faux Political group, Black Lives Matter, which is funded by none other than George Soros.

Whilst he tells people kneeling cost him his job, he was already on the way out as his game was simply not that good. He blames racism for his failure to get signed, but in fairness, if your game is bad, the color of your skin has nothing at all to do with that fact. I am of course referring to ex 49'ers quarter back Colin Kaerpernick, who is responsible for the empty NFL stadiums.

With the many worthy individuals who could have been chosen by GQ to be citizen of the year, most of which Kaerpernick is not even fit to shine their shoes, should be insulted by this choice, as should we all. It seems all one needs to do to be thwarted into the limelight is to date a BLM supporter, be bad at your job and claim racism and you too could be donned citizen of the year.

I can only guess that GQ is now such a Liberal Rag, it needs to ensure that it panders to its audience and given the response to this revelation on Social Media, the readership is dwindling. Lets agree that every single member of our Military are citizens of the year and are superheroes next to this fraud of epidemic proportions. Anyone else wondering if he will wear his Cops as pigs socks to the ceremony?

Clearly JJ Watt who raised over $37 million for the victims of Houston doesn't factor in this bs equation. GQ says they are Celebrating the man who became a movement. Yes, a bowel movement. Flush that crap away before I puke. This is indeed an insult and I hope they pay the price for sucking up to The Liberatti. 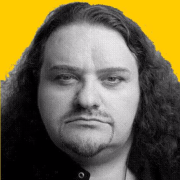 Hannity backs Moore, and loses Advertisers. I stand with Hannity,

Is an Impartial Clinton Investigation Close?