The recent release of early 2017 FBI documents reveals dishonest statements to the American public, as proven by the Special Counsel’s Report on the Russian investigation.  But the deceit, however, is not that of those investigated, but of the SCO investigators themselves.

When the SCO voluntarily went beyond its legally prescribed duty of reporting only to the Attorney General, it made its public reporting part of its oath of office.

When a man takes an oath, he is holding his own self in his own hands.  Like water.  And, if he opens his fingers then – he needn’t hope to find himself again.

The Special Counsel’s Report shows, however, that its authors have not fulfilled their duty to act truthfully, fairly, and impartially.

To gauge the intellectual honesty of the SCO, we should concentrate on the most prominent charge of obstruction of justice against President Trump: his firing of FBI Director James Comey.

The facts surrounding the termination are and were clear.  Trump fired Comey on May 9, 2017, because the director had consistently refused to say publicly that Trump was not a target of the “Russiagate” investigation, in spite of privately assuring the President of his innocence on three separate occasions. But did the SCO give the public an honest legal discussion about these undisputed facts?

To obstruct justice, three elements must be proven:

In contrast to these defined elements, mere venting of spleen, fulminations, or complaints about a case, an opposing lawyer, or litigation burdens is not a crime.  If so, millions of litigants would be in jail.

In assessing SCO lawyers correctly, we should keep in mind that they are prosecutors representing not just any party, but a sovereign whose duty it is to govern impartially.  In the words of Supreme Court Justice George Sutherland, while a prosecutor “may strike hard blows, he is not at liberty to strike foul ones.”

Did the SCO Report authors strike fair blows or foul ones? Let us examine their intellectual honesty in analyzing these important public issues.*

The act complained of was the President’s firing of Director Comey.  As professor Alan Dershowitz has well explained, this is a constitutionally authorized act, and cannot be the basis for an obstruction charge.

While the SCO admits, as did Comey, that the President can fire the Director for no reason or any reason, the Special Counsel Report spends pages in labyrinthine arguments that Trump’s vindictive frame of mind can transform a constitutionally permitted act into an obstructive one.  But this analysis is intellectually dishonest in the extreme.  President Obama, for example, was within his rights to fire General Michael Flynn in 2014, even though to stifle Flynn’s political views.  Accordingly, the Special Counsel is being disingenuous when it suggests that a constitutional act can become a criminal act because of perceived political motive.  We must charge the SCO with intellectual dishonesty in this analysis.

The SCO Report pointed to ample evidence that President Trump felt his ability to direct foreign policy was being restricted by erroneous public charges. That laudable and proper motive – protecting the country – should have ended the discussion.

But the SCO Report couldn’t accept this obvious exculpation.  Maybe, the SCO speculated, he fired Comey because he did not drop his investigation of General Flynn.  But Trump’s comments to Comey about Flynn occurred three months before the firing and there was no evidence this was on Trump’s mind in the firing. So the best the SCO could claim was that Trump wished the investigation “behind him”, speculating that Trump may have feared criminal exposure of allies.  But all of this is, again, just that, speculation about a normal reaction to an unjust inquiry.

So we must find that the SCO was less than candid when it threw sand in the eyes of the public to blur a clearly proven, appropriate intent – presidential freedom to conduct foreign policy.

“Nexus” to a “Proceeding”

Perhaps the most dishonest discussion in the SCO report claims a “nexus” of Trump’s firing of Comey to a “proceeding.”

The SCO knew, but the public did not, that there was no criminal case, a true “proceeding”, opened at the time of the firing, and that the Russian collusion case was only a counterintelligence investigation, not a “proceeding”. Indeed, the Report acknowledged that no Grand Jury had been empaneled.

But the SCO could not bring itself simply to admit there was no proceeding tied to Trump’s firing of Comey.  Instead, it noted disingenuously that in Comey’s Senate testimony of March 20, 2017, he said he expected the FBI would be making “an assessment of whether any crimes were committed.”  An “assessment”, present or future, is of course not a “proceeding.”  The FBI constantly assesses criminality.

To be fair, if a criminal investigation was imminent, but not yet opened, and Trump knew that, he certainly could obstruct it preemptively.  Indeed, such was implied by the Report to fulfill the seemingly absent “proceeding” requirement.

But as confirmed through recently released FBI documents, by January 2017, the FBI had concluded there was no basis for any suggestion of wrongful Trump-Russian collusion.   Peter Strzok, the FBI’s Deputy Chief of Counterintelligence, noted this in writing in February, 2017, and also told FBI lawyer Lisa Page in May, 2017, that he hesitated to join the SCO because “there’s no big there there.”

From the outset of the investigation, then, the SCO knew for a fact that there was no “proceeding” that Trump could have obstructed in May, 2017, when he fired Comey, and no reasonable possibility of future criminal “collusion” charges,  They knew that the Russiagate investigation was another one of Comey’s crimeless cases, a baseless investigation designed to invite process crimes, another Comey specialty.

It is a sickening, unnecessary tragedy that our country was put through three years of a fabricated investigation.  When public servants elected to write a report growing out of these sickening abuses, they had a choice.  They could report in even, nonpartisan tones an intellectually honest assessment of this wasteful endeavor, or they could for partisan purposes conceal the fabricated bases for the investigation, protecting the real wrongdoers while spending public money to gratuitously smear the President. They of course chose the latter.

What the Special Counsel’s Report amounts to is an elaborate coverup of one of our country’s most heinous scandals.

So, yes, the SCO Report proves in spades stomach-churning “obstruction” of our governmental system, but it is obstruction, not by the parties investigated, but by the investigators themselves, public servants who took an oath, but chose to open their fingers.

* The author specifically excludes from this analysis the unimpeachable Robert Mueller. 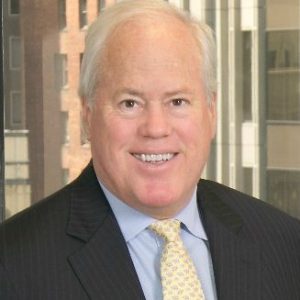 John D. O’Connor is a former federal prosecutor and the San Francisco attorney who represented W. Mark Felt during his revelation as Deep Throat in 2005. O’Connor is the author of the book, Postgate: How the Washington Post Betrayed Deep Throat, Covered Up Watergate, and Began Today’s Partisan Advocacy Journalism.

Seattle PD Recovers Explosives and Weapons Handed Out at Protests