I am extremely proud of my Puerto Rican heritage.

I was born in Paterson, New Jersey to parents who were born in Puerto Rico. My parents instilled a pride in me of the fact that my ancestors were all born on that little island in the Caribbean from early on in my life. As I grew up I idolized the artists, athletes and television and movie stars that were also of Puerto Rican descent. 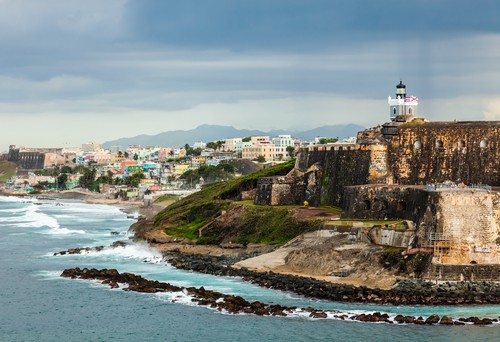 As I shifted into more of a politically active stance in my life I noticed that many of my fellow Americans of Puerto Rican descent had started to become critical of some of my opinions. Many of them subscribe to the liberal ideology that has keep many of our people at an economic standstill for over 50 years.

I want to make one thing clear. I love all Americans who love all of our liberties and our way of life. I consider myself American first, and everyone who truly embraces Americanism regardless of where their ancestry traces to should feel the same way.

Recently, President Trump has come under fire and unsubstantiated criticism based on his response to Hurricane Maria's devastation recently inflicted upon Puerto Rico. Many Puerto Ricans have turned against the President due to inaccurate and disingenuous criticism from San Juan Mayor Carmen Yulin Cruz. Mayor Cruz has been criticized by her colleagues for not attending FEMA meetings and spending most of her time recently criticizing President Trump instead of addressing the logistical issues that are currently exacerbating their tragedy.

Instead of wasting time discussing matters with Senator Elizabeth Warren (D-MA), why not address the internal issues affecting the distribution of supplies to the suffering citizens of the Island? The supplies have arrived in droves since the weather conditions cleared enabling the federal government to come in with them. The issue has been a shortage of drivers to deliver them, and the word on the street is that the Truck Drivers Union has not allowed non-union drivers to deliver supplies halting distribution.

The young, inexperienced and overwhelmed Governor of Puerto Rico, Ricardo Rossello, also made a huge mistake in imposing a misguided curfew on the Island early on which severely limited the hours deliveries of supplies could be made to the starving citizens of Puerto Rico. Puerto Rico is generally a hot and humid place where deadly dehydration can occur in just a matter of days.

President Trump has unfairly carried the burden of being accused of unfounded racism, sexism and xenophobia by the left from the moment he announced his candidacy for president in June of 2015. This has unfortunately been used as a catalyst for the criticism of the federal government's response to Puerto Rico after Hurricane Maria.

By all legitimate and factual accounts, the President has clearly done all he can. In the wake of unprecedented devastation caused by 3 of the most powerful Hurricane's in many years, an overextended FEMA has actually done a commendable job handling Puerto Rico, regardless of what the media would have you believe. This has been another extension of the never-ending witch hunt that has hindered the Trump Administration since Inauguration Day.

Trump will be in Puerto Rico today to survey the damage first hand. My hope is that opportunistic politicians in Puerto Rico can put personal aspirations and agendas aside, and get they most out of this opportunity that they are blessed with. The need to work in the best interest of an Island that has been twice ravaged. Ravaged first by political corruption that created massive debt and wasted billions of US taxpayer dollars. This corruption created the infrastructure issues that led to 300,000 citizens losing power weeks ago, BEFORE Hurricane Irma even reached the vicinity. And ravaged second by the most powerful hurricane that the vast majority of the citizens there had ever experienced in their lifetime.